Today we're having a look at the LinkStation Pro Quad, a NAS unit (short for Network Attached Storage). Simply said, it's a box that houses four (quad) disks, all attached to an interface board that connects directly to your LAN network.

This product comes from Buffalo, a company that surely goes forward here in Sweden, while it has already been known for quite some time abroad. 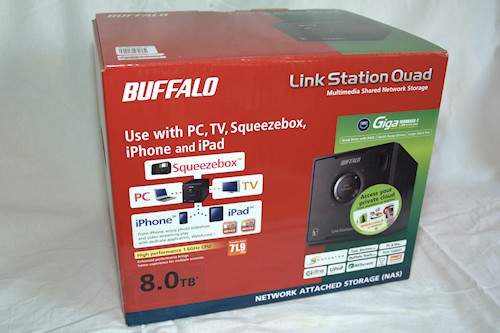 The LinkStation Pro in particular has been available for a few years. It has received updates and the version we have today on our test bench is capable of transfer speeds up to 72 MBps with its 1.6 GHz processor.

Except being just a normal NAS unit, it also gives you a lot of other features such as built-in BitTorrent client, a DLNA certified media server and also an iTunes server that gives you easy access to your favorite movies, photos, music and much more.

Why would you want to use a NAS then? Well, first and foremost because you want to have your data accessible on any computer connected to your network. If you for example have one computer with all the data you want to share with other computers, that computer must be on 24/7 for you to be able to access the data stored on it. What happens when your storage computer get a virus, needs hardware maintenance and so on, all your data will then be unavailable for the time it takes to fix the computer. 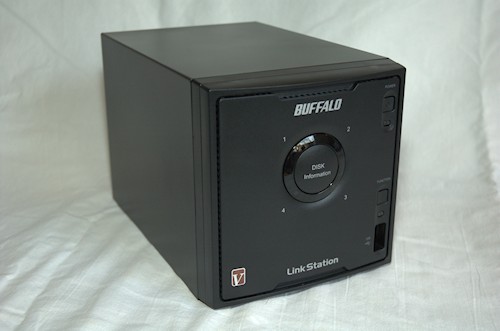 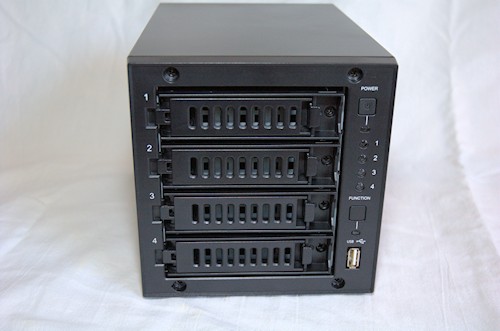 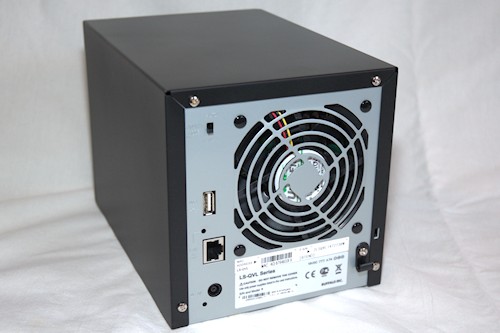 If you instead opt for a NAS unit you will be able to have it running 24/7, with less chance of getting viruses or hardware malfunction, less power usage and available to all computers. It doesn't stop there as there are special apps for both iPhone/iPod Touch/iPad but also for Android so you can easily access your data from your mobile devices as well.

But it's not limited to just your network, you can open up a secure tunnel to your LinkStation to create a cloud service, making it possible for you to access your data anytime, anywhere over Internet.

Playstation 3 and Xbox 360 also offers DNLA functionality and can of course also stream multimedia content over the network from the LinkStation. 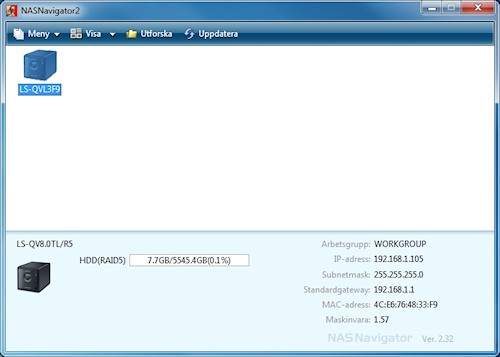 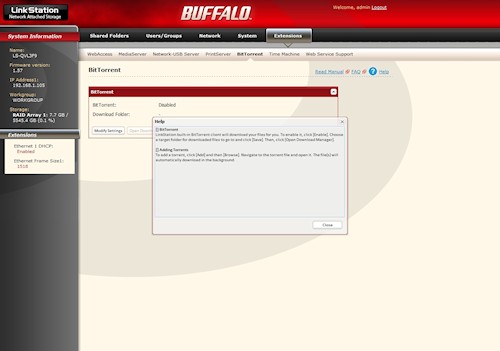 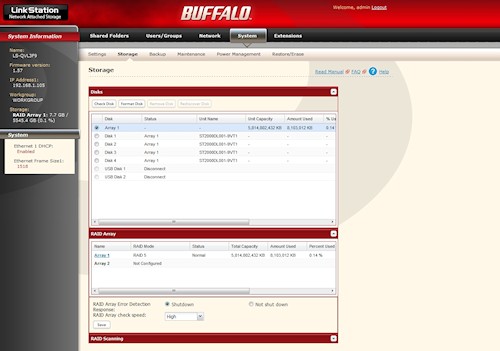 If you're also using downloading a lot with torrents you can easily do so by taking a torrent link, copy it over to the web interface of the LinkStation and let it download the whole torrent, while you go to bed and shut down your computer. This may be perfect for those that follow certain podcasts and similar, download while you're asleep and then transfer the files over to your mobile device in the morning so you watch them on the way to work.

Another reason for using a NAS unit is that you can use it for storing backups of work as well as movies, photos and music. With a network attached storage connected to your network, serving as a backup unit you can trust your data to be secure. But what happens if one or more disk drives get corrupted or stop working?

Well, most NAS units have that covered with different RAID options. The LinkStation offers Raid 0/1/5/10. The difference between them can easily be put down to speed, storage or security. 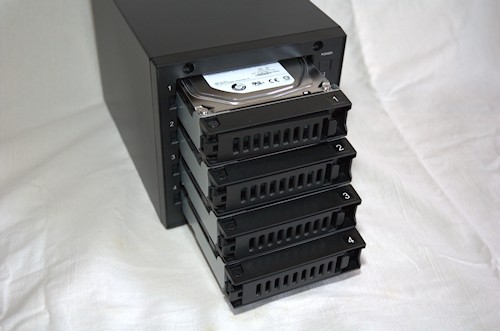 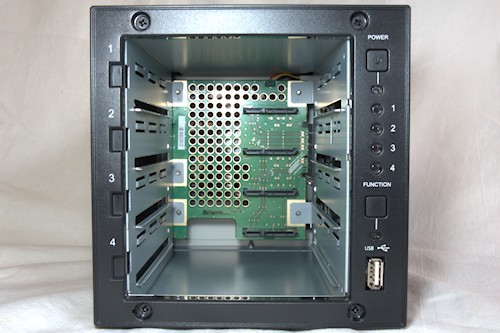 For my own computer system I use RAID 1 with just two disks, it sure makes my data more secure, but if one disk fails you need to be sure to get another disk in rather quickly to make sure the other disk doesn't fail as well. Not because of the other disk failing, but you never know when a disk may fail ;) In this mode you need a minimum of two disks and the storage will be as large as the smallest disk. If one disk fails the others work on at the same speed as if nothing happened.

RAID 0 is all about speed and maximum capacity, combining all disks into one. This mode doesn't give you any security at all as there is no room for it. You need at least two disks and no matter how many disks you have configured in this mode, if one fails the whole array fails. Not really recommended.

RAID 5 stripes the data across all drives, interspersing parity data to provide an efficient blend of fault tolerance and storage capacity. This means that there will be a few security bits on every drive which holds information about the other drives and therefore will be able to restore data onto a new drive in case of failure. In this mode you need three disks minimum and when one disk fail the RAID array will have decreased performance as it needs to check the other disks to check where it may store new data or temporarily restore data that you want to read out. In this mode, the more disks the merrier.

RAID 10 is a combination of mode 1 and 0. I'm not exactly sure about this mode, so I'll quote Buffalo on this one. "RAID 10 mirrors two sets of hard drives and combines them into a single array, striping data across all mirrored sets for fault tolerance and increased performance".

For more information on RAID and all its functionality, have a go at the Wikipedia page. http://en.wikipedia.org/wiki/RAID

Further functionality of the LinkStation includes two USB 2.0 ports, one on the front and one on the back. These can both be used for connecting additional USB storage or a USB enabled printer, making it a network printer instead. The front USB port also has a companion button which can be used for automatically transfer the whole USB stick to a predefined directory on the LinkStation. 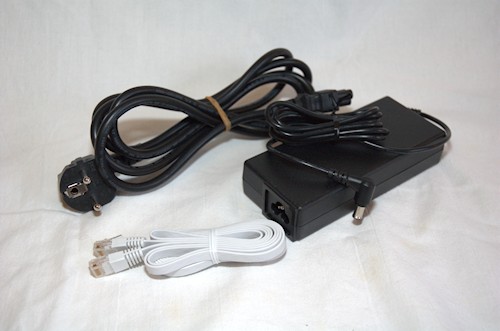 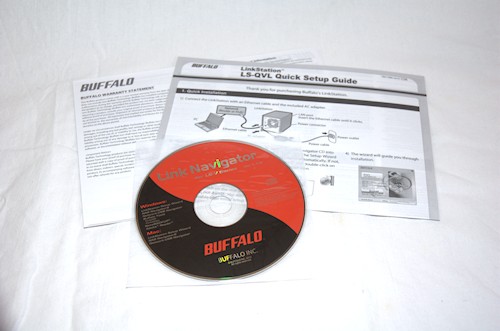 The LinkStation Pro Quad offers four SATA drives running at 3 Gb/s, connected to a network interface capable of transfer speeds up to 1000 Mbps. Protocol-wise it offers TCP/IP which means a web interface to control the unit, CIFS/SMB, AFP, HTTP/HTTPS, FTP/SFTP for different transfer methods ranging from Network Direct Attached Storage (NDAS) with the SMB – Samba interface, to regular file transfer with FTP and even Secure FTP.

The complete unit dimension is 15cm by 15cm with a depth of 23cm. This means, it sure is a small unit. The power consumption is at max 90W, but the average is measured to around 40W. 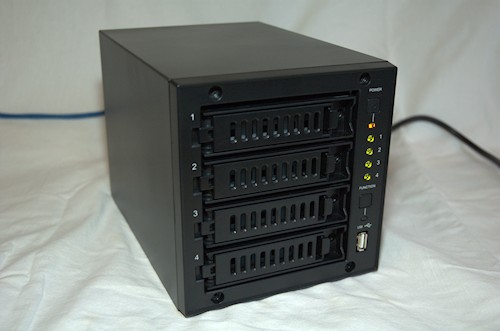 However, it wouldn't surprise me if it works very well with more or less all Linux systems as the LinkStation internal software is built upon Linux.

All in all, the LinkStation offers a lot of feature and hopefully it will keep the same quality in our tests. We'll have a look on next page.