We are today taking a look at our next cooler from APACK ZeroTherm, it is the Hurricane HC92 CU 8800 graphics cooler.

You probably already know why there are after-market coolers for cpu and gfx products, but let’s take it again.

No matter if you’re a hardcore gamer, computer rat or just a normal computer geek, you probably want a computer that can give you what you expect for as long as possible. Also without making you deaf, am I close?

Processor cooling has had a great history with different well performing and some not so good performing products. But at the same time the technology for making the processors cooler internally has come a long way.

Recently our graphics processors has gone the other way around and become more and more hot and this just to be able to give us the performance we want and need for the gaming scene today.

Therefore we are today taking a look at this cooler from APACK. 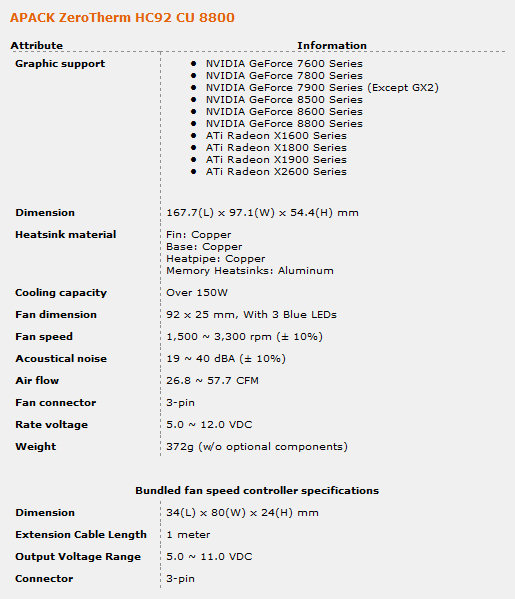 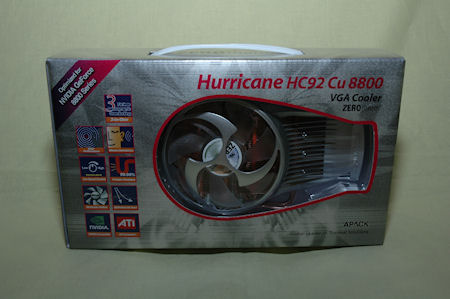 The HC92 CU 8800 cooler comes, like the ZeroTherm BTF90, in a silver box with a window in the front side of the package, clearly showing off its guts.

As the name says it is made especially for the GeForce 8800 series, but it can also handle a few of the newer ATI cards as well.

When we open up the package we find, except from the cooler, some accessories. We find heatsinks for the ram, Nvio chipset and the small mosfets on board, thermal paste, short guide and a fan controller. 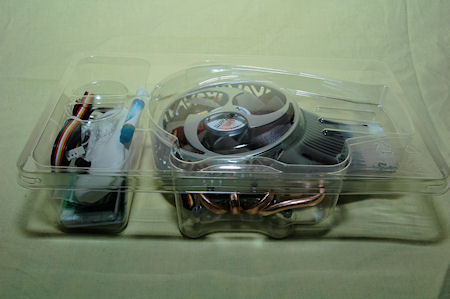 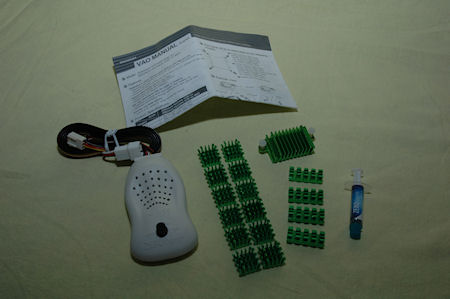 Remember that the ZeroTherm BTF90 comes without a fan controller, it has one built into the fan instead? Well this product has it as an add-on.

The HC92 CU 8800 is a large copper heat sink with a fan attached to it, but if you want and have the correct graphics card you can also make this cooler totally passive and remove the fan. You can also remove the plastic cover over the fan and according to information on the back of the box this should increase the airflow and cool the cooler even more. 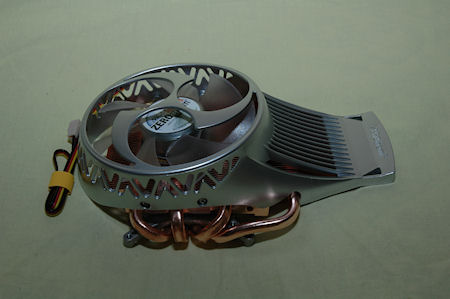 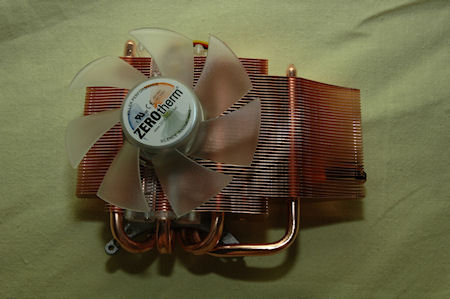 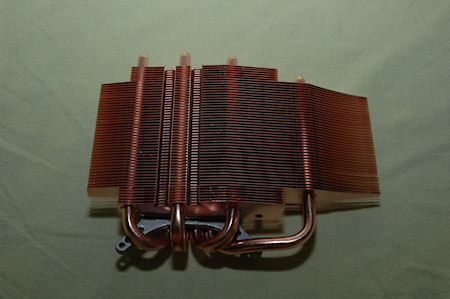 If we turn the cooler over and have a look at the bottom side of it, we find the copper base which is about as mirror like as the ZeroTherm BTF90. Well polished surface, which didn’t need a cleaning before modelling in front of the camera.

Around the copper base you also find the holding bracket which is supposed to be fastened with screws through the graphics card. 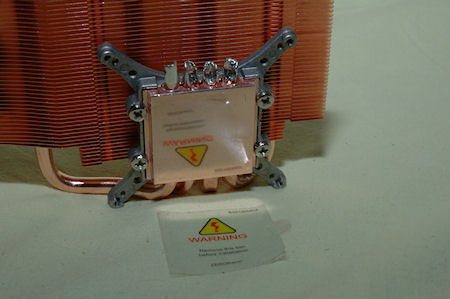 On next page we will take a look at the performance given from this cooler.