We are today taking a look at our first SATA add-on card. It is the F5U197ea from Belkin that is running hot in our test rig.

The F5U197 is almost the same as its brother in the aspect that they both have two SATA ports except this card has one external making this card both an eSATA and SATA one.

We recently tested the Vizo Luxon Advanced external enclosure where we also used this card from Belkin. 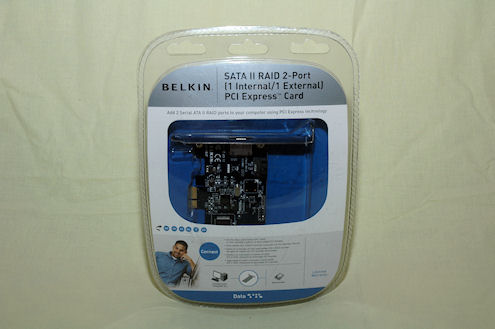 Our F5U197 comes in a dangerous, semi hard, break-in-proof plastic package. However the product, as normal with Belkin products, is very nicely presented and you really see what you get.

Inside you find the product itself, a short manual in six different large languages, one SATA cable and a driver CD. Perhaps they missed that this is an eSATA product, did they forget to give us an eSATA cable? 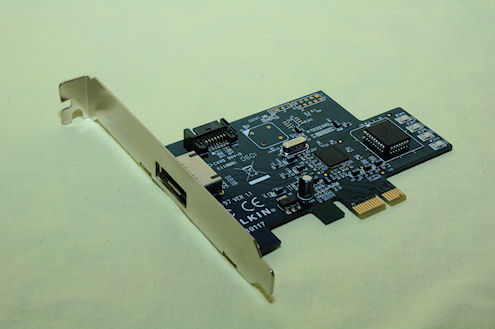 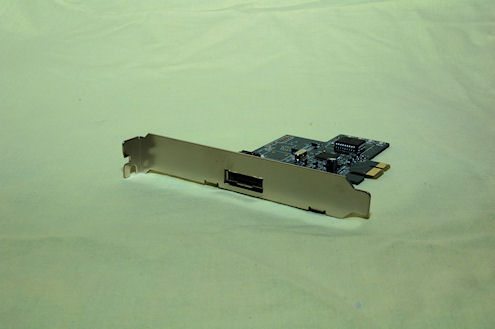 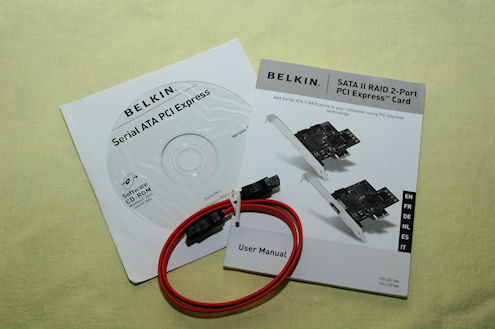 Anyway they don’t cost too much and sometimes, like with the Vizo Luxon Advanced, you get the cable with the product so you probably have one already laying around.

On the F5U197 we have a Silicon Image SATALink™ chip (SII3132CNU). This chip can handle two drives with either RAID0 (Stripe) or RAID1 (Mirror). First one to create a large disk with no security or the second one to create a backup drive, if one drive fails the other still runs with the same content. 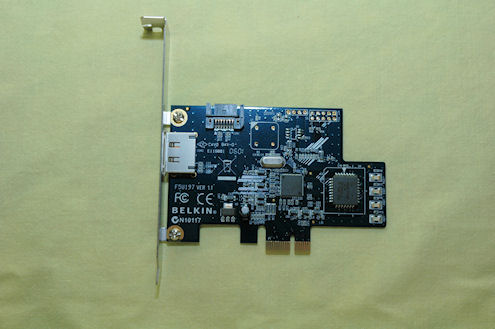 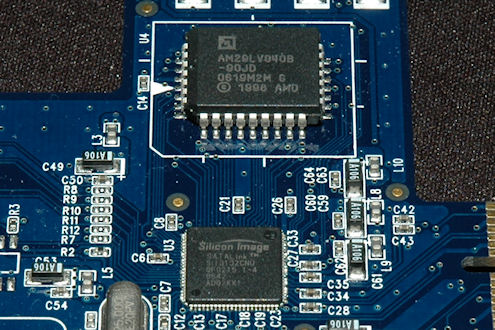 Our F5U197 has the following specifications;


Silicon Image gives us this information about their chip;

On next page we will take a look at the test results and find out the score.