Today we’re having a look at a new headset from the CM Storm brand of Cooler Master, namely the Pulse-R. This headset comes in the same category as the Mech keyboard we’ve just tested and that means it features both aluminum plates that can be customized with a nice paintjob as well as lighting details.

Just as before the CM Storm brand keeps on producing quality gaming gear, after testing the recent keyboard Mech I’m expecting the same about this new headset, Pulse-R. Let’s have a look! 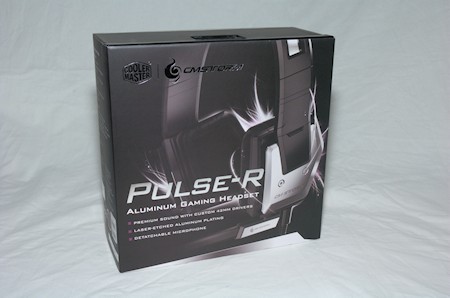 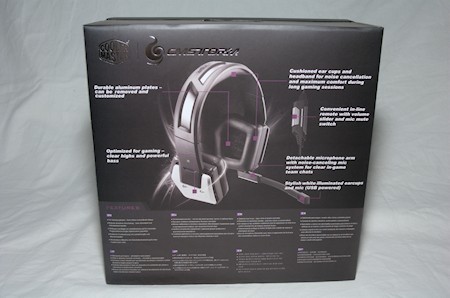 The Pulse-R comes in a stylish black box with details both on the front and back, revealing that this headset comes with custom 42mm drivers for premium sound, the aluminum plates are laser-etched and the microphone is detachable. The microphone as well as the volume can easily be controlled by an in-line remote. 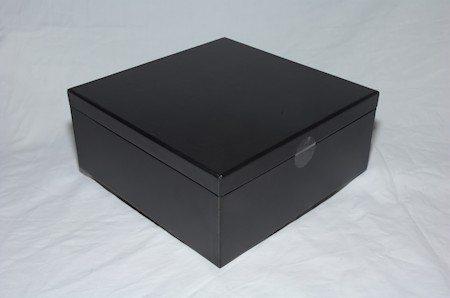 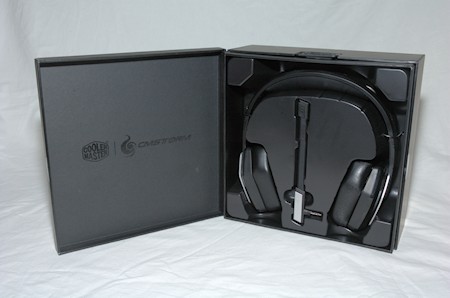 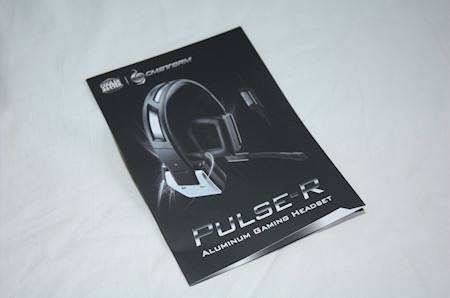 Opening up the box reveals another very stylish, clean and a bit luxurious box. When we open up this box we find the Cooler Master and CM Storm logo imprinted and the headset itself is mounted in a secure manner, just as the microphone in the middle.

The microphone itself is connected to the headset with a 3.5mm jack. It is also very flexible and stays like you bend it.

Only one cable is used between the headset and the cable which of course is detachable, however it is not a wireless headset so it will be quite difficult to use it without the cable ;) The only “sad” thing is that the connector on the headset side is a custom one, so it is not very easy to replace if it gets broken or even lost. On the PC side the cable splits up into three; microphone, speaker and USB cable. 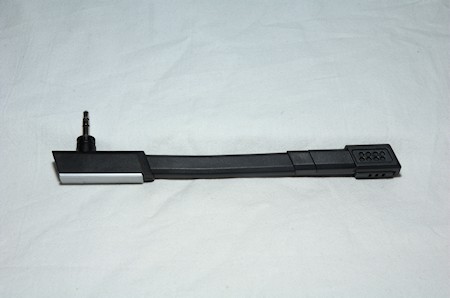 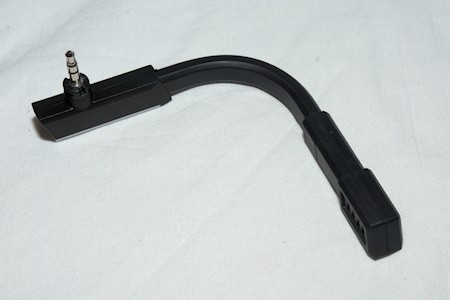 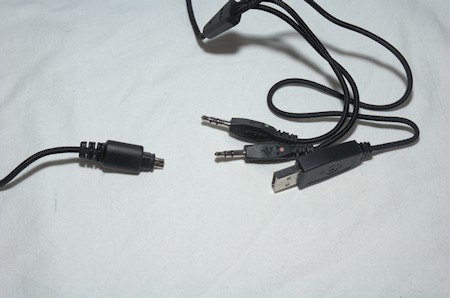 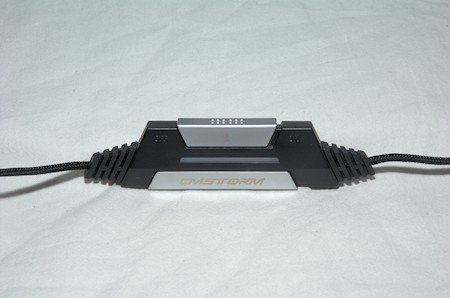 The in-line remote has an on-off slide switch for the microphone. This switch also controls the light feature inside the microphone, so when the mic is on, the light is on. Great way to visually see quickly if your microphone is on or not.

The remote also has a slide switch for sound which I really can’t like. First off, it is far too easy to slide the switch a tad too much and you either have no sound or full sound. Secondly the volume in the headset is far too low at highest setting. If this is on purpose I have no idea, as some companies are so kind to “think” about your ears and prevent you from damaging them. Sure, thanks! But I rather choose my volume myself ;) 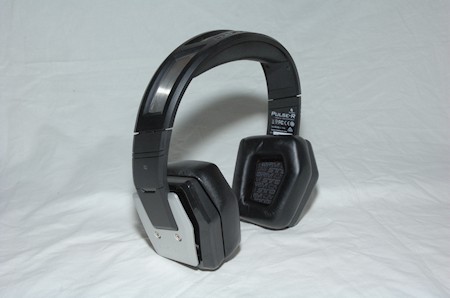 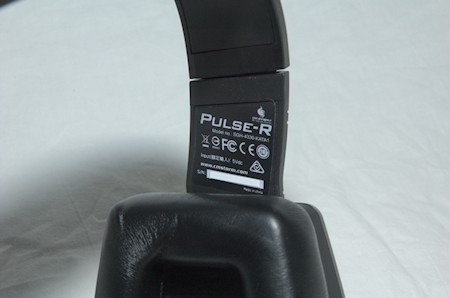 Continuing on we take a look at the actual headset, all black except for the aluminum features which has its natural color of silver. In this photo the Pulse-R surely looks like a wireless headset and would probably be a very nice one if it received that feature in a new version of the headset; the “Pulse-R Wireless”. Perhaps coming soon? No idea ;)

The inside of the ear cups is fitted with a fabric on which the CM Storm logo is printed. The ear cups themselves is surrounded with leather-like material and is, from hard to soft, something in between. The surely fits well around your ears and cancels out noise from the outside quite well. 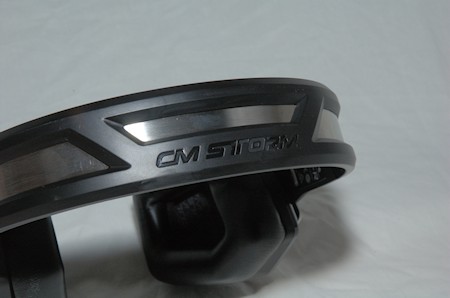 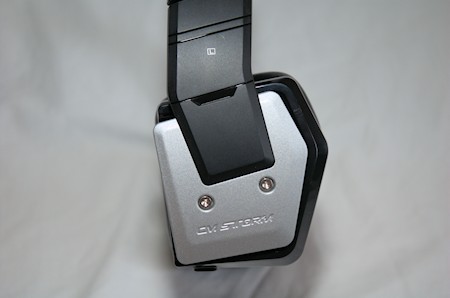 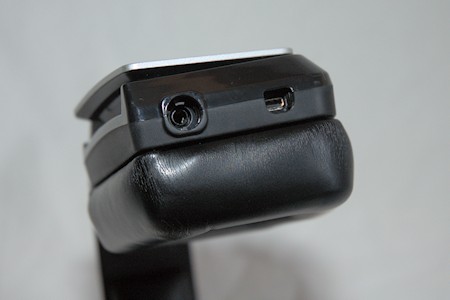 The aluminum plates are fitted with just two screws each and have the CM Storm logo embossed in the plate. If you’re going to paint these plates, the logo might be in the way for some cool paintjob but could surely be fixed with some paddy before painting.

The underside of the left ear cup features the connectors for sound, mic and power as well as the microphone connector.

Hooking up the microphone, the headset looks complete and it looks good! 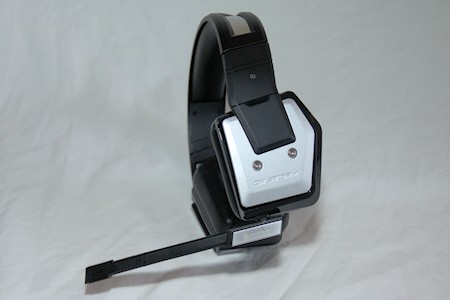 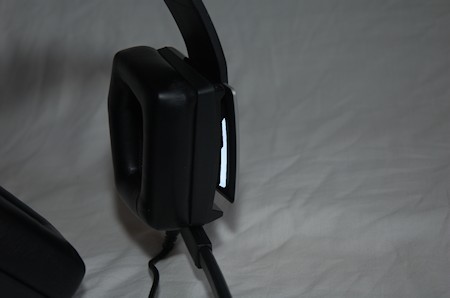 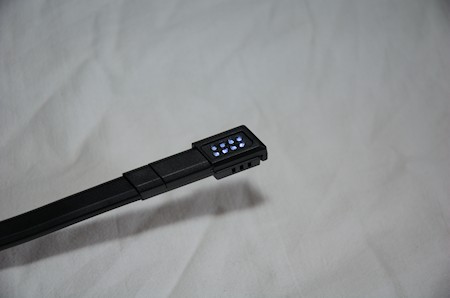 Only photos left are the action photos in which we see the lighted feature of the headphones and the microphone.

So after going through the features, what can be said? How well are the headphones working? Do the work? Are they worth their price?

Well the price (at the time of review) is around EUR €80, USD $110, GBP £70, SEK 750 which isn’t far too much, but is still more than the Corsair Vengeance 2000 that we reviewed earlier. This headset is also not wireless and has a custom connector for connecting the audio and USB cable.

But if we look at the headset alone, it does produce good sound (not too loud either, which is good for your ears), it also does look very nice and it has light features which surely looks nice on LAN events.

Can I recommend it? I surely like the Corsair Vengeance 2000, but there is really nothing wrong with the Pulse-R so, yes I can recommend it. They fit well and give good sound so they are surely worth the money.